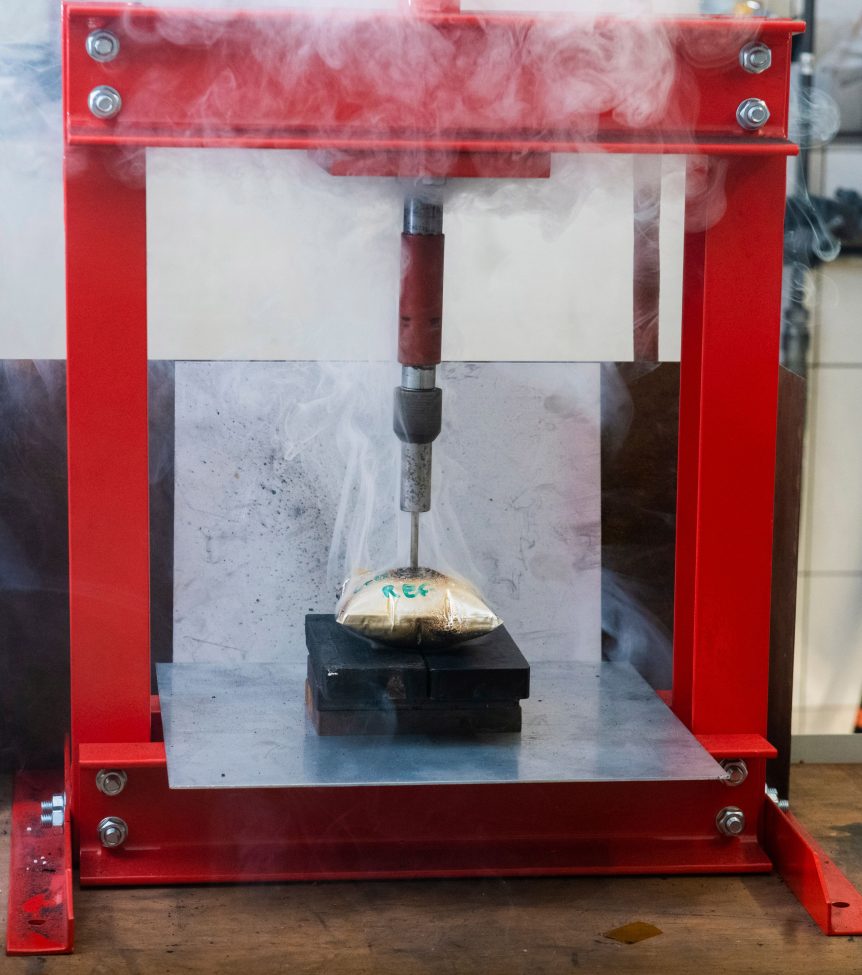 The ongoing transition from internal combustion engines (ICEs) to full-electric propulsion within the automotive sector presents several new challenges for the industry. One key issue is the transportation and disposal of EV battery packs, which EV manufacturers are picking up the bill for.

Currently, transporting damaged and defective car batteries is an expensive process. An explosion-proof box to transport a typical Tesla-sized battery costs €10,000 and a further €10,000 for the UN accreditation, but the ability to transport them in plastic containers which cost a couple of hundred pounds has been made more accessible thanks to researchers from WMG.

Explosion boxes are used to contain the battery in case it goes into thermal runway, an overheating condition which can lead to violent explosions and toxic gases being released. However being able to cryogenically flash freeze the batteries completely removes the risk of an explosion, and could therefore mean they can be transported safely in a plastic box.

Researchers who were part of the ELEVATE project funded by ESPRC, WMG Centre High Value Manufacturing Catapult, and supported by Jaguar Land Rover, tested the batteries’ activity before they froze cells with liquid nitrogen and after. They also drove nails through the frozen cell to test the safety of them, and managed to show that their performance was not affected after freezing.

When being transported, batteries will have to be kept in a lorry at -35 degrees, however the amount of packaging is significantly less than explosion proof boxes, making the process cheaper, and more sustainable.

Dr Thomas Grandjean, Research Fellow at WMG, commented: “Transporting damaged and defective batteries is an expensive and unsustainable process, however being able to freeze them with liquid nitrogen could save thousands of pounds and help electric vehicle manufacturers be more sustainable.

“We tested the batteries in the most extreme abuse conditions, such as driving nails through the cells and inducing external short circuits, proving that the freezing process is effective and safe.”

Now that the team have been able to demonstrate the effectiveness of the freezing process for cells, researchers are now seeking to understand whether the same process can be applied to battery modules and packs. Jaguar Land Rover have been impressed with the outcomes of the research so far and are keen to continue exploring this area for their modules and packs, with a view to hopefully implementing the findings in the future.